LSVINA Cable & System to be listed on the Korea Exchange 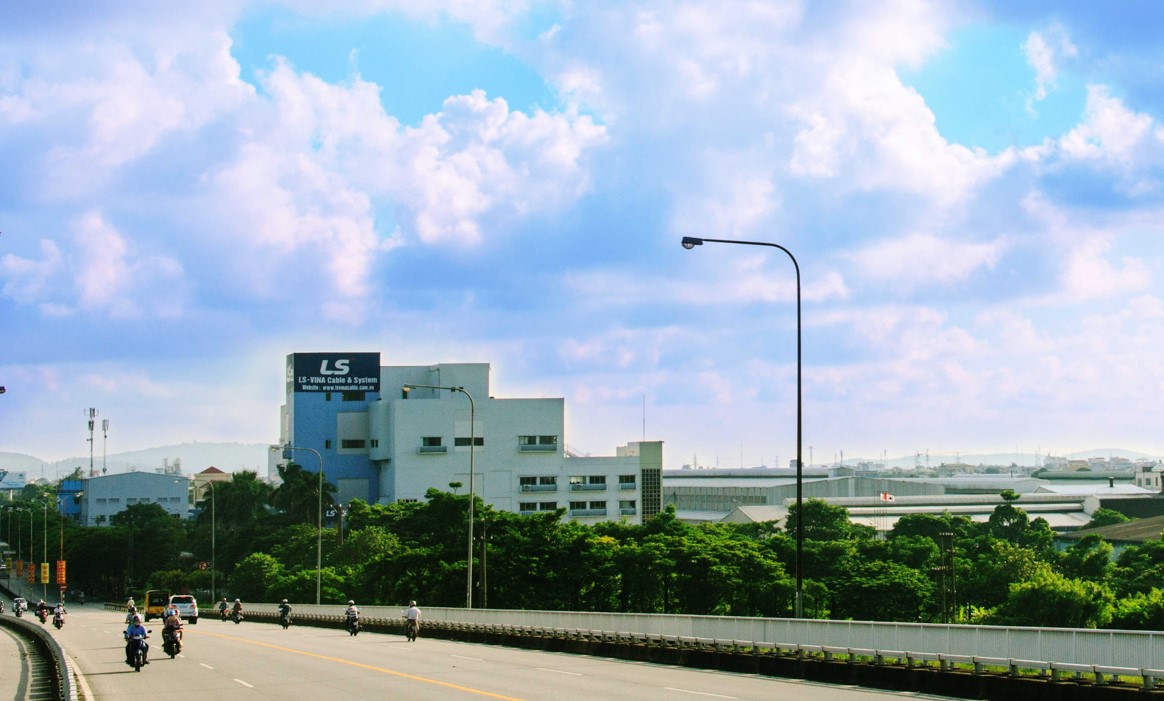 Anyang, September 7, 2015 - LS Cable & System (LS C&S) announced it has signed an agreement with Korea Investment & Securities and Hana Financial Investment to be the lead underwriters for its listing of LS C&S Asia, its Vietnamese subsidiary, on the Korea Exchange.
LS C&S Asia is a holding company established in Korea last May as the vehicle for listing its two Vietnamese subsidiaries (LS-VINA and LSCV) on the Korea Exchange. LS C&S Asia will soon undergo a preliminary IPO deliberation and is expected to be listed in 2016. It will be the first overseas subsidiary of a domestic company to be listed on the Korean stock exchange.
LS C&S Asia is the No. 1 cable manufacturer in Vietnam accounting for 30% of the Vietnamese market as it has secured stable orders from EVN (Electricity of Vietnam). In 1996, the company’s first year in Vietnam, sales amounted to only KRW1.7 billion, but the combined sales of the two Vietnamese subsidiaries reached KRW400 billion in 2014, an increase of more than 230 times.
LS C&S is planning to use the funds from the listing to increase investment in Vietnam to grow it into its base for all of Southeast Asia. As the Vietnamese government is now carrying out many power projects due to its economic growth, sales of extra high-voltage cables are expected to increase sharply. ASEAN countries are also expected to expand their investments in their power and communication infrastructure as their economies are growing by more than 5% a year on average.
“Especially if the Asian Infrastructure Investment Bank (AIIB) is launched in 2016, ASEAN countries will start infrastructure development in earnest, and we expect that LS C&S Asia will directly benefit from it,” said Roe-Hyun Myung, Senior Executive Vice President of LS C&S. “We will transform LS C&S Asia from No. 1 in Vietnam to the best total cable maker in Southeast Asia.”
LS-VINA Cable & System (LS-VINA) established in Hai Phong in the northern part of Viet Nam in 1996. LS-VINA Cable & System produces power cables and rapidly grew due to the economic growth of Vietnam. In 2006, LS C&S established LS Cable & System Vietnam (LSCV) in Ho Chi Minh in the southern part of Vietnam. LSCV produces telecommunication cables and is also growing rapidly.
The Vietnamese subsidiaries of LS C&S were recognized by the Vietnamese government as exemplary foreign-invested companies, and received an export award of merit and a labor medal. LS-VINA Cable & System have been exporting their products to South American countries like Peru, Brazil and Argentina as well as to Asia-Pacific countries like Singapore and Australia. Sales target of LS C&S Aisa for 2015 is KRW480 billion and their combined operating profit target is KRW 21 billion.